It is possible to be provided with an injunction so that the Department of Immigration and Border Protection can be stopped from deporting you when your visa is canceled at Airport.

The indication from Australian Caselaw

Judge Manousaridis of the Federal Circuit Court just arrived at a decision recently in the case of Calava v the Minister for Immigration (2015) FCCA 2525 (16th of September 2015). If it is any indication, it looks like the answer to this very question is: ”It will very likely be a hard slog to get an injunction, and your chances are pretty bleak!”

Can you stop immigration officer to cancel your visa?

the cancellation of your visa depends on your circumstance.

Back to your question, it is no way to stop the immigration officer to cancel your visa if you have signed the necessary forms, which means you were agreed with the evidences against you.  The case officers are required provide the followings:

Can you stop immigration officer to deport you after your visa is canceled?

Your lawyer is capable of lodging an injunction to the Federal Circuit Court while you are still at customs of Australia. Please contact our lawyers if you need legal assistance. 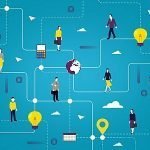 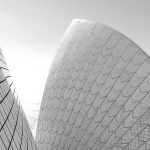 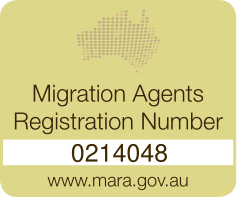 It’s easy to find your answer with us.

Clients are saying about us on Google

“Got us good results in AAT”

After waiting for nearly two years my partner’s visa was rejected! We had all the evidences provided but still could not get a visa. We were devastated because we were told by many migration agents that our case is too difficult. When we consulted Expatlawyers they took a different legal approach and got us the good results in AAT. It has been a long journey of this battle but we are very pleased about the help from Expatlawyers. We must say that they are very professional with what they do and very efficient too. We ended up to have Expatlawyers to handle a business purchase for our family,

“Her explanation is clear and detailed”

Ann Zhou from Expatlawyers helped me with my partner visa application and my property purchase. She is always responsible and efficient to reply my inquiries. Her explanation is clear and detailed. I would recommend her to my friends.

“Very professional and very patient in answering all our questions”

Our whole family had Ann as our immigrant lawyer nearly 10 years ago. She helped me apply skilled immigration and my parents a few years later. We were absolutely happy with the service she provides. She was very professional and very patient in answering all our questions. She was also organised and kept us updated during the application progress. We would recommend Expatlawyers to anyone who is looking for a professional immigrant lawyer.

A friend referred Ann Zhou from Expatlawyers to me at least 5 years ago. Since then she had helped me on several different cases. The advice given by her have always been very professional and extremely helpful. We highly appreciate her trustworthiness, efficiency and legal expertise. Highly recommended!